Founded in the first year of Bunsei(1818)

Kiyasho Brewery was founded in the first year of Bunsei (1818) in Nabari city, Mie Prefecture by the 1st generation Shohachi Onishi. The brewery is registered as a Tangible Cultural Property by the government because of its historical value. Currently 6th generation and the head of the brewery, Tadayoshi Onishi leads the company. The Jikon brand was released in 2005 and immediately got the attention from sake journalists and fine wine lovers. Kiyasho's driving goals are continually producing high quality sake, never resting on their laurels and aiming to develop finer and finer sake. 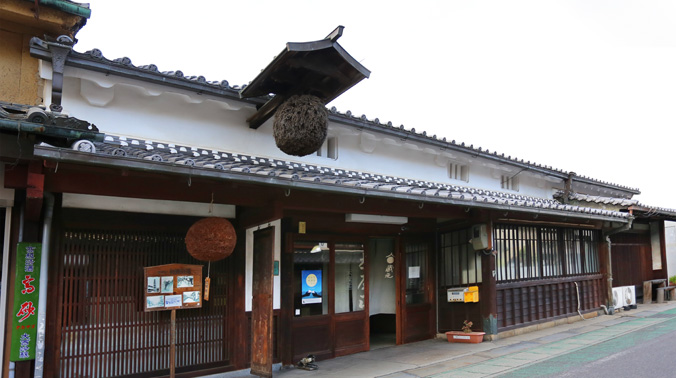 Nabari city is located in the center part of Kii Peninsula and this region
is called “Iga region”. The region is divided into three parts that are Nabari,
Ueno and Aoyama. This area is all surrounded by mountains, Suzuka
mountains on the west, Kii mountains on the south and Kasagi mountains
on the east and Minakuchi Hills on the north.


Since this area is surrounded by mountain ranges all around, it is an inland
valley and is at 150m high above sea level. It shows a wide range in temperature.
This area once recorded both the hottest and the coldest temperatures of
Mie Prefecture. It is extremely cold in winter and fog very often hangs over here.


Iga Valley is believed that it was at the bottom point of Lake Biwa and the
swampy foliage made highly fertile land. Also it has abundant source of water
from Nabari River originally from Kizu River system.
Thanks to the land of Iga Valley, rice cultivation became widespread and
the unique climate and the custom of Iga Valley bring the ideal
environment for sake making.

Kiyasho brewery has been in use for two hundred years since its founding and the traditional methods have been still using to brew. Our own yeast is selected to produce Jikon brand lineup because of it is appropriate for low temperature fermentation. The result of sake is refined, somewhat acid taste and fruity aroma. Small quantity of rice are carefully rinsed and then used to produce handmade Koji which is allowed to slowly fermentation. Daiginjo is brewed by “Fukurozuri”, which is one of the most traditional pressing methods of sake.
The mash is left in cylindrical bags and hangs on in tanks.